A Tradition of Transformation 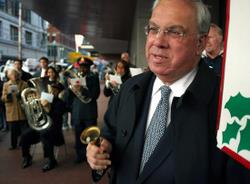 In 1897, six years after the Red Kettle appeared in the U.S., The Salvation Army of Massachusetts became the first organization on the East Coast to raise money by ringing the bell at Christmas.

Officers William A. McIntyre and N.J. Lewis set up three kettles in Boston without the aid of other officers who feared “making spectacles of themselves.” Along with other locations across the nation, the first year of Boston’s Red Kettle efforts provided 150,000 Christmas dinners for those in need.

First to Arrive, Last to Leave

In February 1919, The Salvation Army of Massachusetts established canteens and huts in Alaska to care for American soldiers guarding coalfields during World War I.

Many volunteers were sent to assist those facing the harsh Alaskan winter. This was only the beginning of the Massachusetts Army’s Emergency Disaster Services (EDS) team, which is recognized around the country as a fast, efficient relief service for disaster survivors and first responders alike. Today, our EDS team responds to all disasters in Massachusetts as well national emergencies like Hurricanes Katrina, Rita and Wilma. 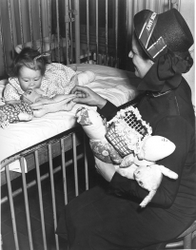 This is the long-standing commitment to compassion, kindness, and caring for those in need that you support when you give to The Salvation Army. Your support transforms lives today just as The Salvation Army of Massachusetts has been transforming lives for 135 years.