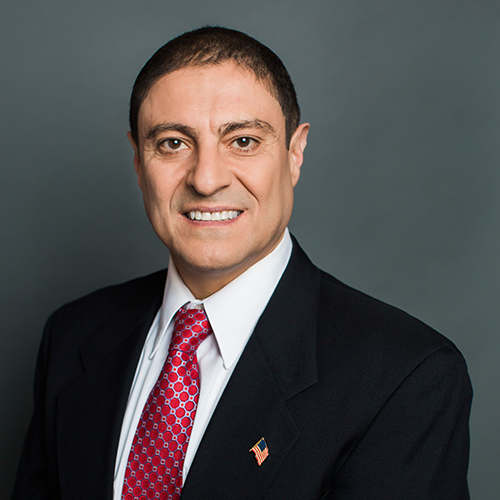 Born in Lebanon, Sami S. Baghdady and his family emigrated to the United States when he was one year old. A Belmont resident for the majority of his life, Baghdady attended the Butler School, Chenery Middle School and Belmont High School. After graduation, he matriculated at Boston University where he majored in economics and minored in philosophy. From there, he attended Cornell Law School and earned a Juris Doctor. Sami S. Baghdady founded Baghdady Law Offices in 1993 as a boutique law firm that focuses on real estate and business law. As an attorney, he has over 30 years of experience at helping clients solve their problems and accomplish their objectives.

Sami has been a volunteer and donor on the Greater Boston Advisory Board of The Salvation Army for 25 years, serving as Chair for the last 4 years. The Greater Boston Advisory Board supports the work of the 12 Mass Bay Corps and provides support and counsel in areas such as fundraising, programming and services, budgetary needs, and community involvement. He values community residents knowing and embracing their cultural heritage. He was an elected Selectman of the Town of Belmont, Massachusetts, and former Chair of the Belmont Planning Board. In his role as Selectman in the city of Belmont, he was known for his passion for justice and fairness, helping others and his ability to be a bridge builder. Attorney Baghdady is the Past-President of The Real Estate Bar Association for Massachusetts (REBA). He is married to Rola, and has 5 children. 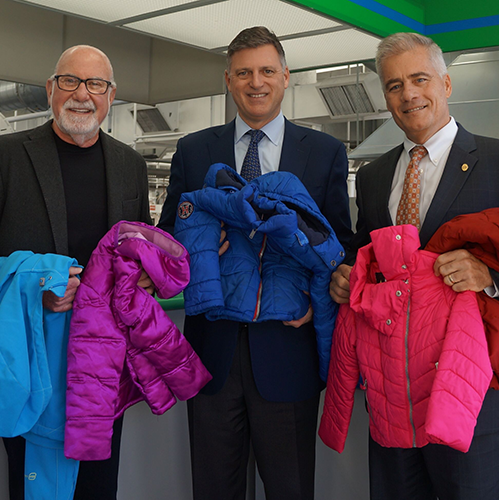 For 25 years, the Coats for Kids™ organization, and its founders Arthur C. Anton, Jr. (COO, Anton’s Cleaners, Inc.), Eliot Tatelman (Jordan’s Furniture President), and Jack Clancy (CEO, Enterprise Bank) has cleaned and distributed over 60,000 coats for children and adults in Massachusetts each year. They have sponsored our largest Boston area coat drive event, Christmas Castle for the past 9 years, distributing coats to over 4000 households. Arthur C. Anton, Jr. has been serving on The Salvation Army’s Greater Boston Advisory Board since 2014, which he connected with through the ongoing efforts of Coats for Kids™.

The mission of Coats for Kids™ is simple, “Anyone who needs a coat will have one.” There are more than 250 schools as well as over 300 companies, clubs, organizations and thousands of individuals who donate good quality coats. Nearly 90 social service agencies, including The Salvation Army make sure the coats get to those in need, free of charge. Since the program’s conception in 1995, they have collected and distributed nearly 800,000 coats.

Anton’s Cleaners’ mission has remained the same for over 100 years: to provide consistent quality clothing care with a level of service that exceeds expectations, and a commitment to its customers and the community. Arthur C. Anton Jr. joined the family business after receiving a BA from Harvard University in 1981. The largest clothing care company in the Northeast, Anton’s manages 43 stores in Eastern Mass. and is based in Tewksbury. Through its nonprofit subsidiary, Caring Partners Inc., Anton’s manages two annual drives in order help those in need: the region’s largest Coats for Kids coat donation and Belle of the Ball prom dress drive. Arthur has taken the lead in ensuring these programs reach their full potential by personally inspecting each prom dress and organizing the annual delivery of nearly 60,000 coats to those in need through a network of local distributors.

Eliot Tatelman joined his brother Barry in 1972 to run Jordan’s Furniture, the family business started by their grandfather Samuel in the 1900’s. With 6 stores in MA, RI, NH and CT, Jordan’s has one of the highest grossing sales per square foot in the USA and employs over 1400 people. With well-known attractions such as Enchanted Village, IMAX 3D Theater and indoor Trapeze School, Jordan’s Furniture is a leader in combining entertainment with shopping. Since the sale of the company in 1999, Eliot has remained an integral part of all aspects of the company, currently serving as President. Giving back to the community and philanthropy are a big part of the business philosophy with a focus on adoption and foster care initiatives. To date, over 480 children in foster care have found permanent homes through the Jordan's efforts. Other charity initiatives include collection drives for winter coats, prom dresses, youth baseball equipment, and back-to-school clothes. In 2019, Jordan’s celebrated its 100th Anniversary.